In the Know: GL Homes breaks ground on major development on Immokalee Road

In the Know: GL Homes breaks ground on major development on Immokalee Road

Q: What is being built on Immokalee Road? I see a lot of trees are being cut.

A: Preliminary site work for a major housing development by GL Homes began at the end of April across Immokalee Road from TwinEagles residential golf community.

Formerly known as TwinEagles South, the future 853-home community – which will be one of the largest in Collier County – was part of the same approval process of the 750-home TwinEagles but is no longer aligned with that subdivision. The proposed development is named Brentwood Lakes in recent records filed with the county’s Growth Management Department, but other names such as Mosaic are still being considered for the gated community of single-family homes.

“We may possibly rename it. We have not finalized the name,” said Richard Arkin, a vice president of GL Homes of Florida Corp. “We haven’t finalized the plans. We’re still tweaking them.” 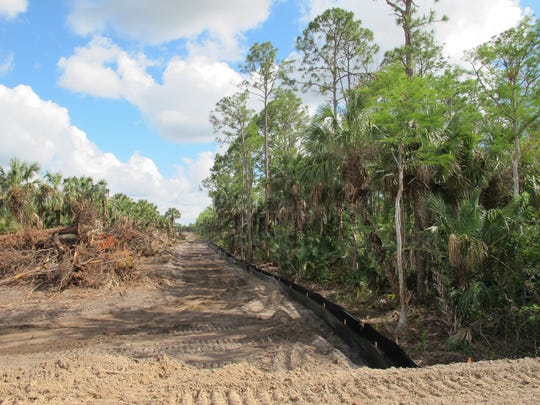 GL Homes, doing business as Naples Associates IV LLLP, purchased more than 550 acres of the former TwinEagles South in December 2013 from TwinEagles AGR South LLC, representing The Ronto Group and Angelo, Gordon & Co. These are the partners who bought that acreage from the Bonita Bay Group in September 2010 for $3.45 million, according to Collier County property records. 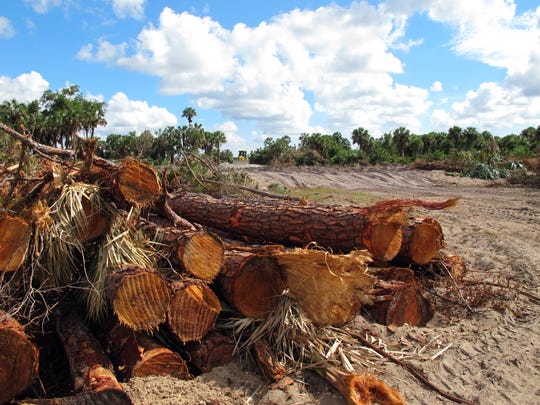 Tomahawk Construction based in south Fort Myers has been contracted for the land excavation and site development, including building the roads for the community.

“There’s not really a whole lot of clearing. It was cleared previously in 2006. I believe there’s 14 acres to be cleared up front (near Immokalee Road),” said Scott Lyons, managing member of Tomahawk Construction.

Many of the trees being cleared are cabbage palms, but downed hardwood trees also are stacked on the property. Most of the harvested hardwoods will be sold to wood distributors, Lyons said.

“All the wood gets utilized,” he said.

The initial construction near the northwest corner of the property will include 12 model homes and a sales center with a nearly 50-space parking lot, according to a site improvement plan by Waldrop Engineering. The price range of the homes is not available yet. 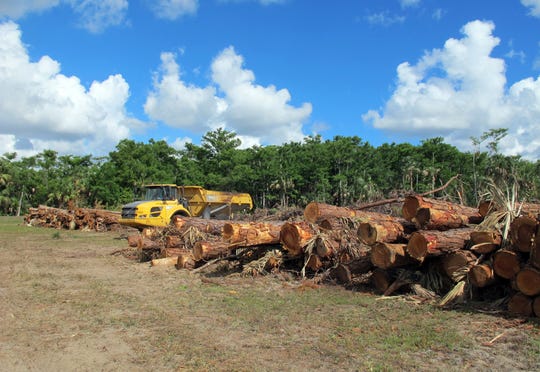 The first phase will have nearly 300 single-family home sites on cul-de-sacs around 11 small lakes and an amenity center. Florida Energy Services Inc. of Estero recently began blasting excavation work for the lakes and underground utilities.

After the build-out of future phases, the residential community is expected to have 853 units. The conceptual layout for homesites in additional phases and a complete construction timeline have not been finalized.

“The number of lakes and configurations could change but it shouldn’t be substantially,” Arkin said. “Preserve acres will be solid.”

The property includes designated preservation areas and protected archaeological sites. A 300-foot-wide wildlife corridor along its western edge lines up with a concrete culvert that serves as a wildlife crossing. The 20-foot span was built in 2004 beneath Immokalee Road 3 miles east of Collier Boulevard, allowing wild animals to cross from the property on the western border of TwinEagles to the wooded area across the street.